Dairy Foods: Making a difference on the sustainability front

Dairy Foods: Making a difference on the sustainability front

Dairy processors share their success stories within the sustainability arena. Photo courtesy of DutchScenery via gettyimages.com

No dairy processor operates in a vacuum. All manufacturing operations are associated with detrimental effects on the environment. The severity of those impacts, however, differs widely from processor to processor.

When it comes to environmental sustainability, the overachievers within the dairy processing sector have developed concrete goals and put into place programs and projects to help them attain those goals. This reality is a win not only for the environment but also for their businesses. And the list of overachievers expands each year.

Cabot Creamery Cooperative was one of five success stories shared. 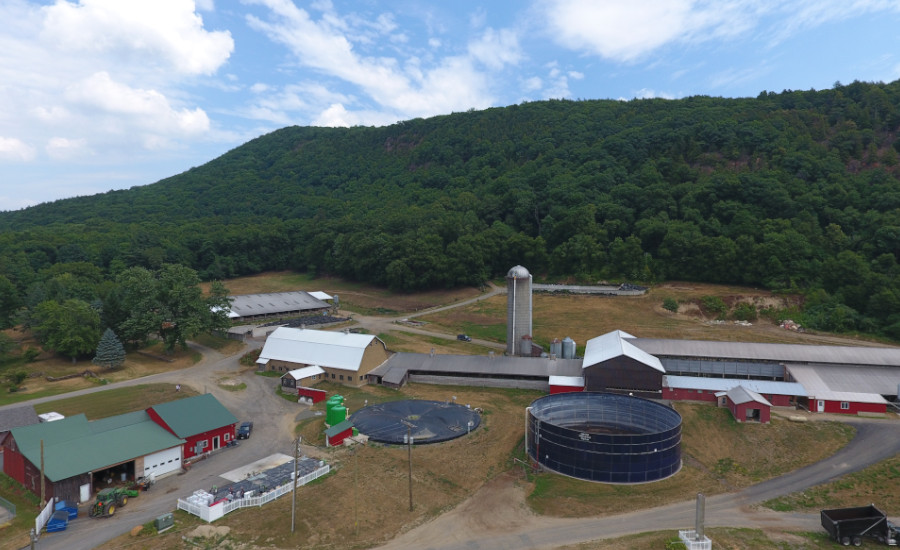 The anaerobic digester project with Barstow’s Longview Farm grew over time to provide all the electricity Cabot Creamery uses to make butter.

For many dairy companies, manufacturing waste is an unfortunate reality — it is simply discarded, adding to the collective wastewater or landfill burden. Waitsfield, Vt.-based Cabot Creamery, however, knew it could do better. So the cooperative partnered with Vanguard Renewables, Wellesley, MA, about a decade ago with the vision of turning its inedible manufacturing waste into renewable energy. Vanguard Renewables currently operates six farm-powered anaerobic digesters in New England.

As Jed Davis, director of sustainability for Cabot Creamery, explains, the project began in 2010 as a series of conversations with Bill Jorgenson, who worked for one of Vanguard Renewables’ predecessor organizations at that time.

“The conversation related to a vision of how combining dairy manure and other process organics might increase the output of the generator, thereby effectively requiring fewer cows to pencil out a successful project,” he says. “At the time in 2010, to pencil out an anaerobic digester project using just cow manure required 1,000 or more cows, well above the size of the typical farms in our cooperative. By pursuing co-digestion instead, this could be affordable for a much smaller-size farm — say 400 cows.”

Cabot Creamery also wanted to find an alternative to sending its process organics to the municipal wastewater plant, Davis notes, and viewed the farm-powered digester as a way to “upcycle” the organics. It first became involved with the “Jordan Farm project,” which went live in 2011. But that farm — not a Cabot Creamery cooperative member — was located too far from the processing facility, and transportation costs were high.

Two years later, an anaerobic digester project was completed at the Barstow’s Longview Farm. Located just 15 miles from the processing plant and situated in the same utility region, the farm also is a Cabot Creamery cooperative member, Davis notes.

“Still, this was a project with many moving parts, as the cost-neutral design of the project worked because the long-term electricity contracting for the farm’s output (that which the farm didn’t use) offset the higher cost of handling the process organics and diverting them to the digester,” he notes. “Over time, Barstow’s grew to provide all the electricity that we use to make Cabot butter, which allowed us to then communicate this with our customers, right on the package. The marketing messaging essentially became ‘The cows in our cooperative provide both the cream and electricity to make Cabot butter.’”

Cabot Creamery now is transforming its inedible organic waste into renewable energy at a number of Vanguard Renewables’ farm-powered anaerobic digesters in New England. According to Vanguard Renewables, the cooperative has thus far:

Cabot Creamery purchases a portion of the energy its waste generates at the farm-based anaerobic digesters to power its manufacturing facility in West Springfield, Mass., Vanguard Renewables adds.